West Midland American Vehicles Ltd was formed in the early 1970’s from a desire of an educated motor engineer with a passion for American built vehicles, together with the ability to take a standard production vehicle and produce specialised vehicles.

Having formed the company with his business partners and the assistance of other employees who also had a passion for American vehicles, they set about putting the large 5.7 diesel engine produced by General Motors into British built Land Rovers and Range Rovers.

West Midland American Vehicles Ltd. continues to go from strength to strength under the management of Ivan Purchase and the experience of Chris Bennington.

Ivan started his motor trade life as an Aston Martin specialist and has been with West Midlands American Vehicles for the last 14 years.

Chris has been in the motor trade for over 13 years having been grounded in mechanics before specialising in scratch built custom stainless-steel exhausts and now has an enviable reputation in the industry for his expertise in this area. Chris has produced exhausts for rally and track cars as well as road cars and for any vehicle including motor homes and European vehicles. 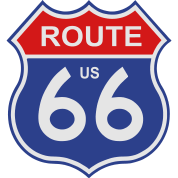 Serving Bilston and the